Greece: Breaking out of the Euro prison Slaying the Euro monitaur is not easy. Greeks have been suffering for years now, having learned the hard way that prosperity with shiny euros in their hands was not miraculously just waiting around the corner. What was waiting was a hoard of German bankers, eager to buy up Greek islands for winter vacations, sleazy banks eager to syphon Greek earnings into offshore accounts, and more schemes by high financiers.

The poor are mere pawns in this game, and even when they elect a radical anti-Euro government, their politicians are strong-armed into acceding to bailout plans, in hopes that the anger will abate and the 'euro march will proceed apace.

This continues, with the current Greek party in power SYRIZA (from the roots). 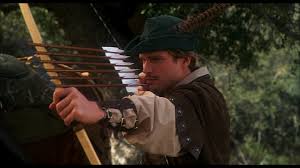 The government insists that the pipeline project is of vital national import and is environmentally sound (read: overriding any native sovereignty complaints). The hope was that the Supreme Court justices would soft-pedal native claims and leave room for the government to use its majority to push through its tar sands agenda before the next federal election, leaving a fait accompli.

The 'Hook' and Awlaki: a tale of two imams Hamza (b. 1958) was arrested by British police in 2004 when the US was trying to extradite him, and in 2006 a British court sentenced him to seven years’ imprisonment. After serving his time, he is now being paraded in a New York courtroom as a “terrorist facilitator with a global reach”, accused of plotting to set up a terror camp in rural Oregon (though he had never been in the US before the current trial), and providing a satellite phone to the eventual kidnapper of British and Australian tourists in Yemen in 1998 (was the British prosecutor napping in 2006?).

Hamza, disdainfully called the Hook by the tabloid press in allusion to the fictional pirate-villain Captain Hook, lost his hands and one eye in jihad-related activity in Afghanistan (possibly training to build bombs), when it was the West’s policy to support jihadists of all colors in such activities. He—inconveniently—did not abandon his militancy when Soviet troops left Afghanistan, and preached fiery sermons as the imam at Finsbury Park mosque in London from 1996 until he was ousted in 2003, after which he defiantly continued to hold services on the street outside the mosque.