The writing is on the wall for Columbus Day. In the latest move to rid the calendar of its day of infamy, in April, the Minneapolis City Council voted unanimously to rename Columbus Day to Indigenous People’s Day. Many American Indians have long resisted the observance of a day to honor Christopher Columbus.

Since 1970, the holiday has been fixed to the second Monday in October, coincidentally the same day as Thanksgiving in Canada—another holiday of dubious origins from the native point of view. Most states celebrate Columbus Day as an official state holiday, though already many states are uncomfortable with the reality of Columbus, and mark it as a “Day of Observance” or “Recognition”.

A new identity and a precious Canadian passport for a fugitive Mossad agent. A honeypot security officer working for Canadian immigration romancing an Iranian-Canadian businessman, and letting the cat out of the bag.

Who needs John le Carre? The smitten Canadian, Trina Kennedy, a senior national security investigator at Passport Canada, revealed to tall, dark and handsome Arian Azarbar that one of the 27 Mossad agents who assassinated Palestinian Hamas member Mahmoud al-Mabouh in 2010 in Dubai had escaped to Canada, where he was living under a new name, as free as a Canada goose.

It is the perfect occasion for one of Iran’s many talented film directors to turn to the world of international espionage. Poor Iran certainly has been exposed to enough of it since its revolution in 1979, though you wouldn’t know it from reading the news or watching Hollywood movies.

Canadian rock legend Neil Young has taken to the road with a mission. Sunday night, he laid down the gauntlet on national TV, calling the Canadian government “completely out of control” as he began his “Honour the Treaties” tour in Toronto. His goal is to help First Nations in their fight against the expanding oilsands projects in Alberta. To the government, “Money is number one. Integrity isn’t even on the map.”

Honour the Treaties is a series of benefit concerts in Toronto, Winnipeg, Regina and Calgary to raise money to support the Athabasca Chipewyan First Nation (ACFN) in their battle against a multi-billion dollar expansion of the oilsands project in northern Alberta. ACFN’s 2007 court challenge to Shell’s lease at the Jackpine Mine failed in 2011, but is being appealing to the Supreme Court of Canada.

Canadian natives resist: 'What the frack?'

This week’s anti-fracking protest has put Canada’s First Nations at the forefront of Canada’s political life, injecting spirit back into our moribund political scene. Canadians watching the evening news were shocked by scenes of burning police cars, an riot squad of 100 police wielding tear gas and tasers on horseback.

Demonstrations to protest shale gas exploration on native lands near Rexton, New Brunswick, had been mounting for months, and when the RCMP moved in to take down the Mikmaq Elsipogtog tribe’s barriers, it was hardly surprising that the standoff became violent, starting with demonstrators throwing rocks, bottles and paint, and, when Chief Arren Sock was arrested, setting fire to six police cars. At least 40 people were arrested Thursday for violating a court-order injunction and disturbing the peace. 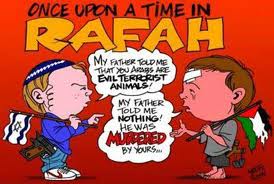 Two recent events, while not of any great significance in themselves, reveal much about the state of Canadian foreign policy.

*The Canadian Jewish Defense League has invited Pamela Geller, founder of Stop Islamization of America, and Robert Spencer, founder of Jihad Watch, to speak at the Hilton Suites Hotel in Markham, on 17 September, despite lobbying by anti-racist groups to cancel the event.

Before his diplomatic promotion, Attias was head of Israel’s Nevatin Air Force Base, with jurisdiction over Gaza. As such, he was intimately involved in both the invasion of Gaza in 2008 and the assault on the Turkish boat Mavi Marmara in 2010 in which nine Turkish citizens bringing aid to besieged Gaza were killed by Israeli troops.

A group of ex-Israeli Defense Force members so overcome by remorse for these acts drew up a “dirty 200” list of Israeli war criminals, where Attias enjoys pride of place. The Mavi Marmara incident also led Turkish investigators to charge him with murder, along with 193 other Israelis who were identified from documents and video footage of the assault.