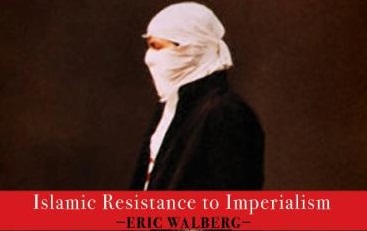 Distributors in the US and Overseas

Eric Walberg’s third book on geopolitical strategy focuses on the Middle East and the global ramifications of the multiple state destruction resulting from Western aggression.  It addresses these questions:

What is left of the historic Middle East upheavals of 1979 (Afghanistan, Iran) and 2011 (the Arab Spring)?

How does 9/11 fit into the equation of Islamic resistance? Is al-Qaeda’s long term project still on track?

What are the chances that ISIS can prevail in Iraq and Syria?

Are they and likeminded jihadists dupes of imperialism or legitimate resistance movements?

The imperial strategy of manipulating Islamists to promote imperial ends is at least two centuries old. Emerging most notably in T.E. Lawrence’s use of Arabs to fracture the Ottoman Empire, it led to the actual creation of ‘Islamic states’ (Saudi Arabia and Pakistan) allied with the West; ongoing cooperation between western security forces and Islamists opposed to socialist regimes; and the financing and training of jihadists.

But the largely nonviolent 1979 Iranian revolution, inspired by antipathy towards the neocolonial regime and a deep religious faith, was carried out in the name of Islam and had echoes in the Sunni world. That same year, it prompted Saudi rebels to occupy the Kaaba in a desperate
attempt to spark revolution, Syrian Islamists to rise against their secular dictator Hafez al-Assad in 1980, and future al-Qaeda leader Ayman Zawahiri to conspire to assassinate Egyptian president Sadat in 1981.

But these uprisings were crushed, and the Sunni world remained mired in its neocolonial purgatory, defeated by empire’s machinations and falling prey to Saudi instigations against Shia anti-imperialists.

Sunni jihadists’ refusal to see through and foil the empire’s strategies to co-opt their efforts doomed al-Qaeda and the Taliban’s battle with the empire from the start, and dooms the project to resist empire in post-war Afghanistan and Iraq today.

Part I addresses the colonial legacy, the meaning of jihad, and the parallel movements among Sunni and Shia to confront imperialism.

Part II considers the main figures among the "neo-Wahhabi" movement: Azzam, Bin Laden, and Zawahiri. The justification of indiscriminate violence is questioned, as is their legacy. It then turns to the movements to re-establish the Caliphate, the Color Revolutions and the Arab Spring, and the experience of key Muslim-majority countries in the past two decades (Turkey, Afghanistan, Iraq, Egypt, Morocco, Tunisia, Iran).

It then sums up the state of the ummah in the 21st century and prospects for future Islamic resistance to imperialism.

Canadian Eric Walberg is known worldwide as a journalist specializing in the Middle East, Central Asia and Russia. A graduate of University of Toronto and Cambridge in economics, he has been writing on East-West relations since the 1980s. He has lived in both the Soviet Union and Russia, and then Uzbekistan, as a UN adviser, writer, translator and lecturer.

Formerly a writer for Al Ahram, he is also a regular contributor to Counterpunch, Dissident Voice, Global Research, Al-Jazeerah and Turkish Weekly, and is a commentator on Voice of the Cape radio. His articles appear in Russian, German, Spanish and Arabic and are accessible at his website ericwalberg.com.

Walberg was a moderator and speaker at the Leaders for Change Summit www.leadersofchangesummit.org in Istanbul in 2011. His book, Postmodern Imperialism, was acquired by China's Nankei University Press, and is published in Turkish and Russian.