Hebdo vs Al Jazeera: A tale of two journalisms 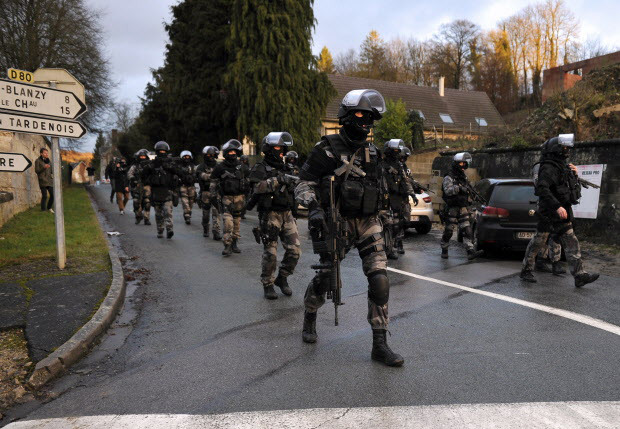 Press freedom has been under attack with the deaths in Paris of nine Charlie Hebdo employees, including editor Stephane Charbonnier, and the continued incarceration in Cairo of three Al Jazeera journalists. The circumstances of the victimization of the journalists are starkly different.

Charlie Hebdo has made defamation of the Prophet Muhammad its calling card in recent years. The magazine was unsuccessfully sued in 2006 by Islamic organizations for publishing the Jyllands-Posten Muhammad cartoons. The cover of a 2011 issue, dubbed “Charia Hebdo” (a pun on Sharia law), depicted a cartoon of the Islamic prophet Muhammad. The newspaper’s office was fire-bombed and its website hacked. Editor Charbonnier stated at the time, “We have to carry on until Islam has been rendered as banal as Catholicism.” In 2012, the newspaper published a series of satirical cartoons of Muhammad, including nude caricatures.

The journalists probably were just hoping to create another sensation, ‘go viral’, and boost sales. Anything goes in the ‘free press’ of the West, so no fears about prosecution.

But they lost their gamble, paying with their lives (and the lives of two policemen) in what is being called France’s worst act of terrorism since 1961, when 28 people died in the train bombing carried out by the OAS (a rightwing paramilitary organization opposed to the independence of Algeria). They did manage to unleash a firestorm of islamophobia—which also was their intent, so their efforts were not entirely in vain. Charlie Hebdo has announced that next week’s edition will be released as usual, but with a much larger than usual print run of one million.

The Al Jazeera journalists were trying to report honestly from the heart of a cruel dictatorship. There is no possibility that they were intending to provoke the ruthless military dictatorship into arresting them, to boost sales or achieve international notoriety. They were doing an important service to Muslims and non-Muslims alike, exposing the flagrant injustices of the regime.

But Egypt’s brief experience with a truly free press following the 2011 Arab Spring is no longer. The reckless anger emanating from official Cairo is almost palpable. The transition from grudging acceptance by the old elite of democratic Islamist rule ended abruptly in the July 2013 coup, and the military dictatorship has lurched from one crisis to another ever since. Egyptians are pining for the relatively benign repression of the Mubarak years.

The imprisonment of the three Al Jazeera journalists—Peter Greste (Australian) and Mohammd Fahmy (Canadian Egyptian), Baher Mohammed (Egyptian)—only caught international media attention because of the foreign passports involved. The Australian and Canadian are serving seven year sentences (the Egyptian 10 years) after farcical trials, including doctored videos, inaudible audio recordings, pictures from a family vacation, a music video, and a video of sheep. Because foreigners are being victimized in such a blatantly trumped-up way, and because of strong international pressure, a judge finally ordered a retrial earlier this month.

The hapless journalists are the tip of a gruesome journalistic nightmare in Egypt. In November 2014, the Committee to Protect Journalists released the documentary film “Under Threat”, which documents the unprecedented number of anti-press abuses, including six journalists killed and dozens detained since the military took over in July 2013. At least 11 journalists are behind bars on bogus charges.

The Al Jazeera bureaus were priority targets for the Armed Forces. The studios and offices were ransacked and the journalists and their teams expelled. Al Jazeera English still managed to report clandestinely, rotating staff discretely in and out of the country. This finally ended with the arrests in December 2013.

This is the tip of an even worse nightmare of abuse. President Abdel-Fatah el-Sisi boasts that he had 10,000 Islamists imprisoned last year. Over 2,000 unarmed demonstrators have been killed. Several judges accused of being Muslim Brotherhood sympathizes were forced out of their jobs.

There is a simple way to avoid tragedies like that in laicite-loving France: issue a press code that makes religious defamation illegal.

In the case of Egypt, a boycott of Egyptian-US military relations and a financial squeeze by the US-controlled IMF would do the trick. Threats by Sisi to jump on a Russian bandwagon are so much hot air. Russia is in no position to pick up any pieces in chaotic, unpredictable Egypt.

The two crises are being resolved in the expected ways. France raised its terror alert to its highest level and deployed soldiers in Paris to the public transport system, media offices, places of worship, and the Eiffel Tower. The main suspects, the Kouachi brothers, escaped to Port de Pantin, where they took hostages, but were finally killed and their hostage rescued. Already, bombings of mosques have been reported. There is of course no chance of a law to control a press that delights in pointless scandal.

In Egypt, the West and Qatar find themselves as unlikely allies, pressuring Sisi diplomatically to release the journalists and bury the embarrassing affair, now that Sisi realizes he just can’t do without US and Qatari funds and must pretend they are all friends again. That means a possible happy ending at least for the foreigners, but leaves tens of thousands of political prisoners in jail, and no reckoning for the dictator.